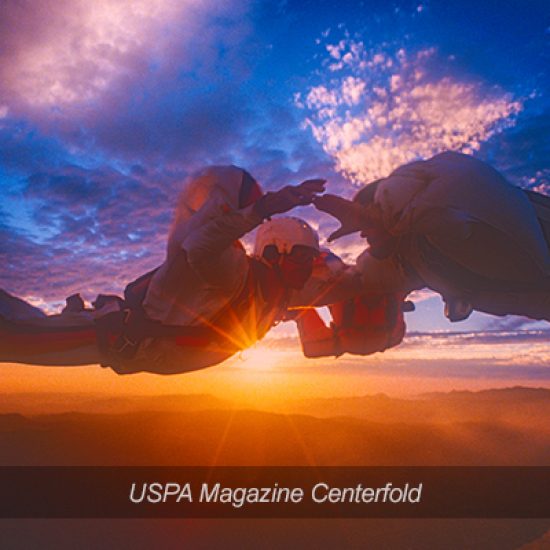 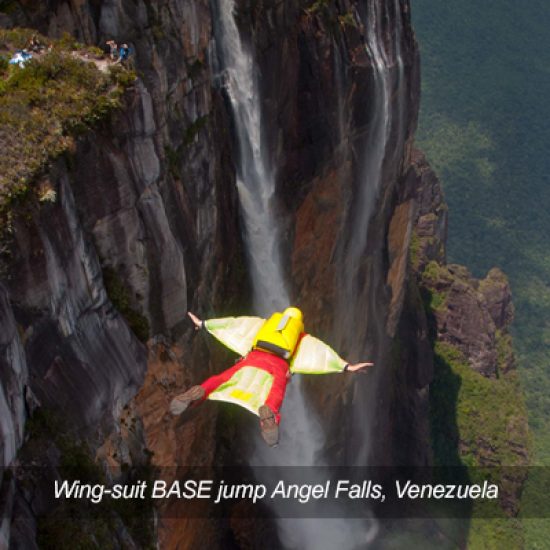 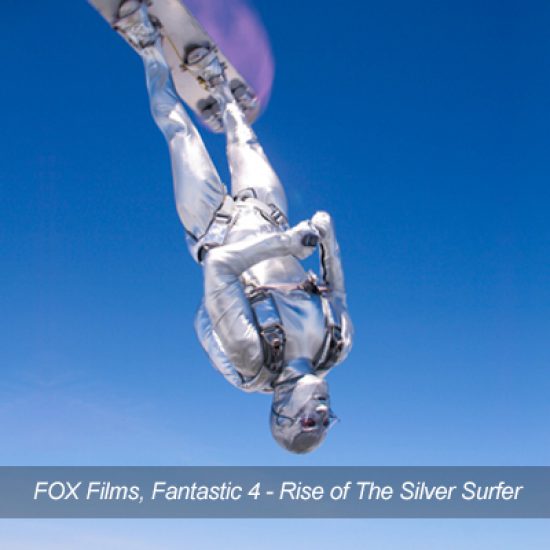 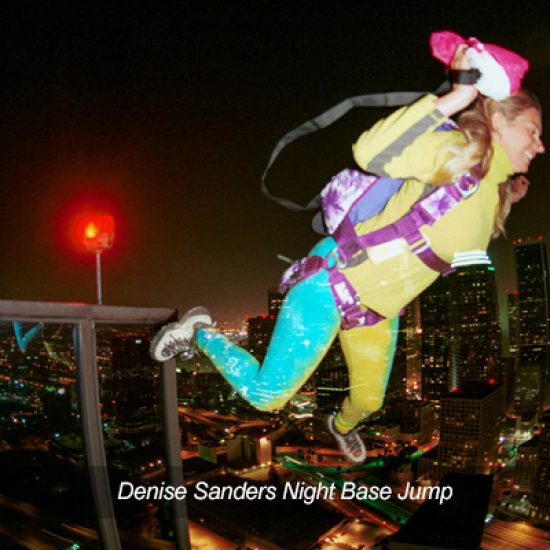 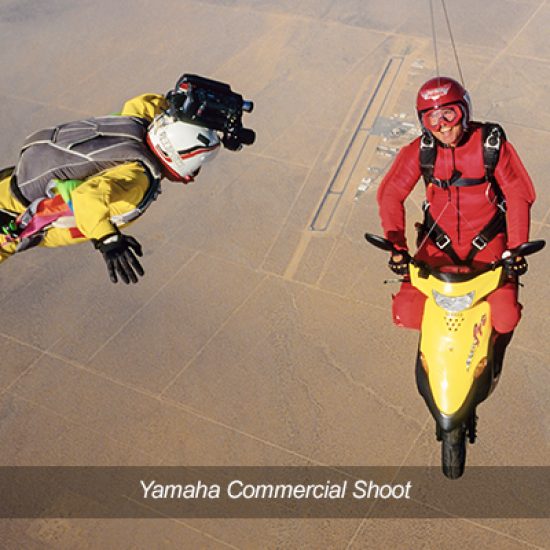 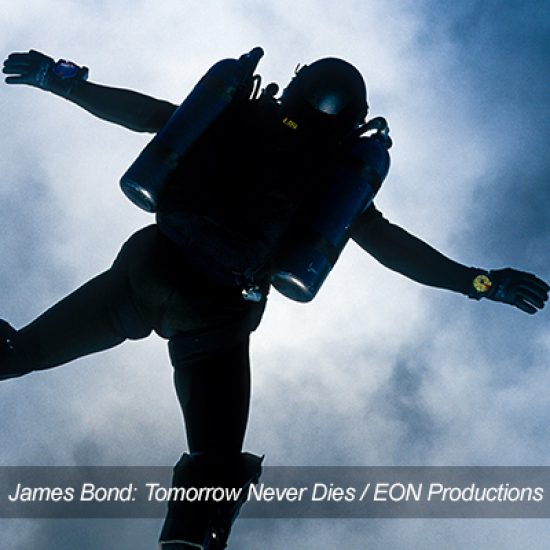 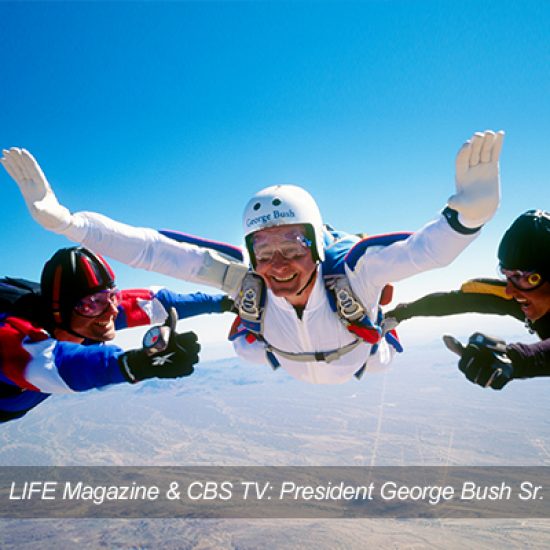 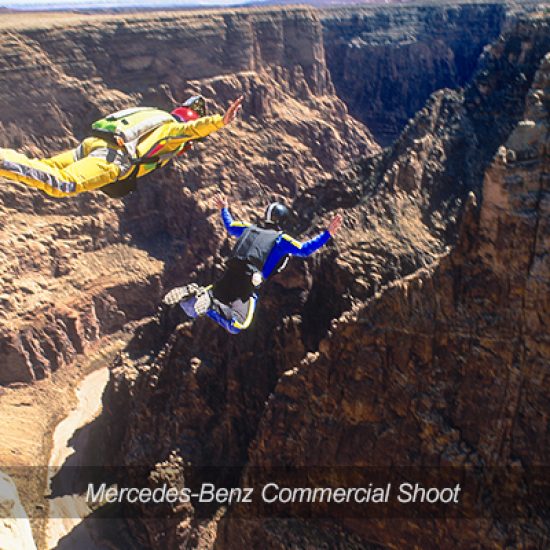 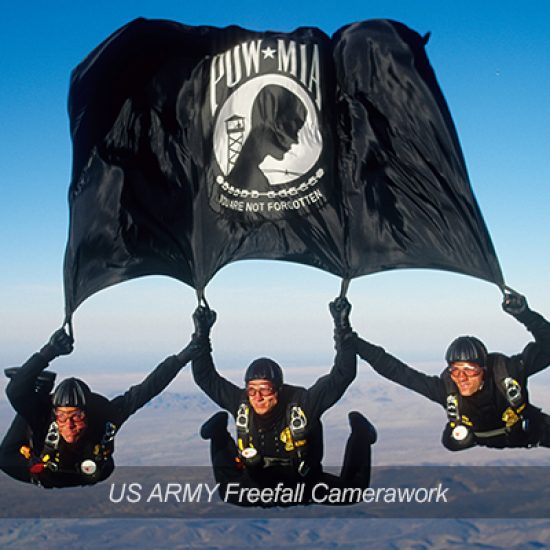 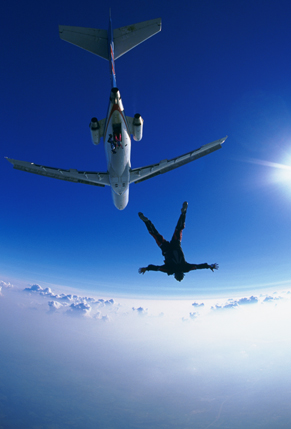 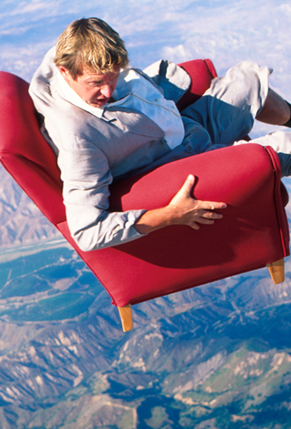 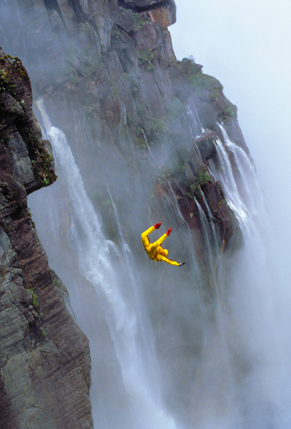 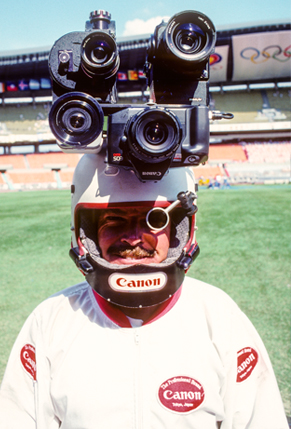 Tom Sanders made his first skydive in 1978 at Lake Elsinore CA. He noticed that there was no way to get a photograph while jumping out of the plane and a business idea was born. While a student skydiver Tom arranged with the manager of the parachute center to start a photography concession focusing on the student jumpers. There were a few expert skydiving cameramen filming the “Sky Gods” as these experienced jumpers were called but nobody was filming the students. Tom started "Sport Shots" in 1978 and a few years later changed the name to Aerial Focus. Originally Tom filmed from the landing area with an 800 mm lens getting great shots of the students descending under their open parachutes. A short time later Tom had Larry Perkins, the A&P mechanic install camera mounts on the fuselage of the jump aircraft. As Tom’s skydiving ability progressed he was mentored by Ray Cottingham a skydiving freefall cameraman and legend in the sport. The rest as they say is history.

Tom’s resume of projects involving the stunt coordination and filming of skydiving, BASE jumping and hang-gliding has taken him all around the world. His work has been featured in four James Bond movie sequences, Point Break starring Patrick Swayzee and Mountain Dew commercials. Tom was in charge of the free fall camera team during the skydiving exhibition at the Opening Ceremonies of the 1988 Seoul Olympics. This included the first time that skydiving was transmitted live to the stadium audience and over a billion television viewers. Tom was in charge of filming two skydives with President George H.W. Bush, world record skydiving jumps in Thailand, Russia and Bratislava. Tom has been a consultant to the US ARMY Golden Knights and the Delta Force Special Forces teaching freefall camerawork. Tom was the first skydiver to skydive with video equipment and has been sponsored by JVC, Technicolor and Canon Cameras. National Geographic TV has done three shows featuring Tom’s work and his BASE jumping expedition to Angel Falls Venezuela. Tom was awarded the Gold Medal for Meritorious Service from the United States Parachute Association “For over a quarter of a century of promoting skydiving and the USPA in general through his photography and cinematography seen worldwide”.

Tom produced, directed and filmed a movie called 'Over The Edge' about skydiving, BASE jumping and hang-gliding. This film won first place in every category entered and many additional awards such as "Best of Show".

Photos will be added regularly - check back often here!